How Divorce Affects Business For Women Entrepreneurs In India 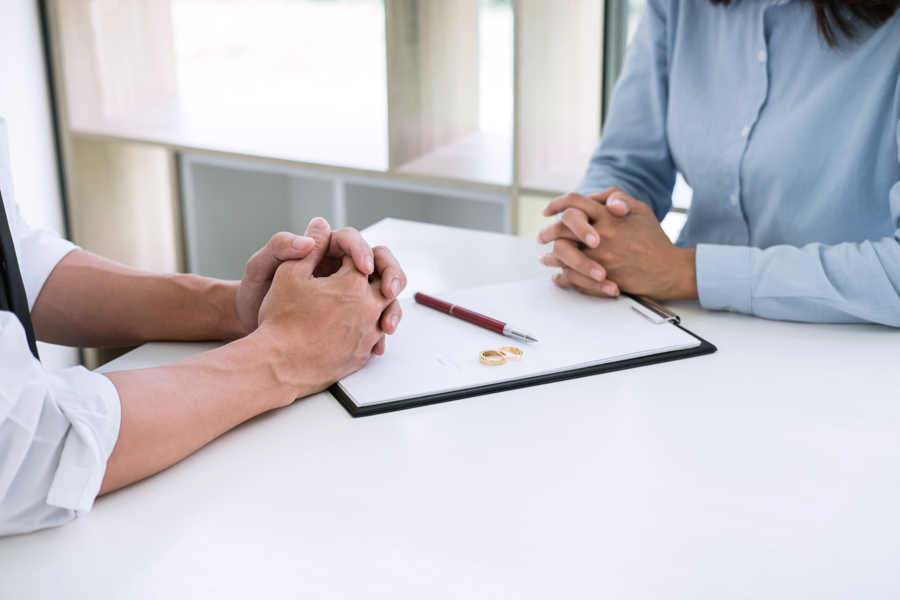 Many Indian women entrepreneurs have spouses with some interest in the business. When a marriage breaks, this business partnership also dissolves.

Divorce isn’t a word that one associates very heavily with Indian society. In fact, there are no statistics available on the number of marriages that end in divorce, only estimates.

And yet, over the past decade, with the overwhelming melding of cultures, brought on by globalization and its driving forces, the social taboo of the concept is quickly evaporating. In such an environment, it is interesting to examine how a divorce affects women business owners.

Traditionally, marital dissolution in Indian society was not a choice a woman could make if only owing to her slightly lower status in society.

However, with the transitioning of India as we step into the 21st century, more and more women are finding equal status with men. Especially in urban areas, homes with two incomes are quickly becoming the norm.

When it comes to entrepreneurship, however, this financial equality is often an extra strand in the thread joining man and woman.

Join the SHEROES app for women and attend regular live chat sessions with legal experts like Adv Megha Batra who took queries on “Divorce – all your legal rights and legal process.”

A law graduate from Delhi University, she also completed a Company secretary course and is currently a partner in Gezetz Solutions, which deals in all type of Criminal, Civil and Matrimonial cases and is associated with Delhi Legal State Services for helping needy people.

It is estimated that in Mumbai, about 35% of women who run small to mid-size businesses have family members (especially spouses) with some interest in the business. Often, when a marriage breaks, this business partnership also dissolves.

The issues that arise from equal-share jointly owned businesses are numerous, the most significant of them being legal. Since family law and civil law are still backdated in this country, there aren’t explicit guidelines for mutually agreeable steps that can be taken in such a scenario.

Speedy divorce cases do allow for court-approved mediators to help reach a settlement since there exist several ambiguities in what is an acceptable settlement.

The legal conundrum that exists arises because there isn’t a definite overlap between partnership law and marriage law. The best-case scenario, in this case, would be to dissolve the partnership and either sell one or both parties’ shares to another investor.

In case of a desire to avoid the legal route, some couples choose to remain business partners and lead independent lives otherwise. Of course, more often than not, this can lead to discordance of its own.

“My ex-husband and I disagreed on everything else in life, and yet we had the perfect working relationship. Neither of us wanted to give that up, and so we chose to keep our import-export business solid. However, when he tried to bring his new, younger, wife into the business, I had had enough. My lawyers told me I would have gotten a better settlement had I dissolved the partnership along with the divorce settlement, but that’s water under the bridge now.”

And yet, this is but one deterrent to divorce amongst business partners. Often, especially in the services industry, one or both spouses are the faces of the company. A client roster, in these cases, gets used to having a familiar face in their business dealings.

Divorces can often, directly or indirectly affect the business in this way. To be able to introduce a new face to a client and gain the same trust, or worse, tussle in competing firms for a client, can more often than not prove detrimental to the cause of both the warring parties.

Nikita Kadam, who ran a successful event management company had finally graduated to doing corporate big-ticket events, says, “The client point-blank refused to work with me after my husband left me. I definitely got the company, but in our business, a company is only as big as the client list we have.”

Often, with such stories, one finds that you have to build back as much of your business as you have to your personal life.

.
Kadam’s husband, Karthik, who settled the marriage amicably and was moving out of the country, even tried to assist Nikita with said clients, but they insisted that their faith lay in him being at the helm of their account.

In some cases, women choose to have the men overseeing the financial aspects of their company’s interests, and aren’t entirely aware of asset valuations, and work value.

Especially in some small companies, where the male spouse has a part-time interest whilst enjoying full-time employment elsewhere, the main business owner, the woman, may get a raw deal during the dissolution of the partnership, with an undervaluation of her contribution to the company.

Logistically, it is often best to divide the company equally and share clients and accounts. Divorcing the residual emotions from the failure of your marriage can be significantly helpful in reaching a mutually beneficial state of affairs.

A prominent health club franchise owner, who wishes to not be named, was heard saying that she was glad that the anger she felt for her husband, upon discovering his infidelities, did not extend to the settlement table.

They split their franchise into two, and she is now earning a significantly higher amount by being more aggressive in her operations of a smaller number of gyms. It goes without saying, of course, that she’s glad she doesn’t have the emotional stress of a marriage on the rocks pulling her productivity down.

These are just a few of the issues that female entrepreneurs who have spousal interests in their enterprises face. The solution to these issues is essentially the same, but not a very popular route, especially in India.

In cases where a woman owns a business prior to her betrothal, it is advisable to have a pre-nuptial agreement stating the extent of his involvement in the business and agreeable terms of settlement in case of a separation.

This agreement can be revisited upon changes in the business or of each party’s involvement, but since the social implications of it are not entirely kosher, women generally choose to not adopt such safeguards.

Again, for couples who start businesses together, it is advisable to create firm partnership agreements or post-nuptial agreements, and revisit them from time to time. Post-nups, of course, aren’t as legally sound as pre-nuptial agreements, but they still provide for some legal safeguards.

A fair conclusion that can be drawn from these investigations is that whilst one would hope for a marriage to last forever, in the current environment, a guarantee of any sort cannot be made. Working with your significant other can be very rewarding, and at the same time, it can be very risky in case of future discord.

At the end of the day, you, as a woman, need to evaluate the risk you’re willing to take in the name of love, and in case your confidence falters, examine thoroughly how you can redeem the situation.