How To Settle On A Luxury Watch To Buy Online 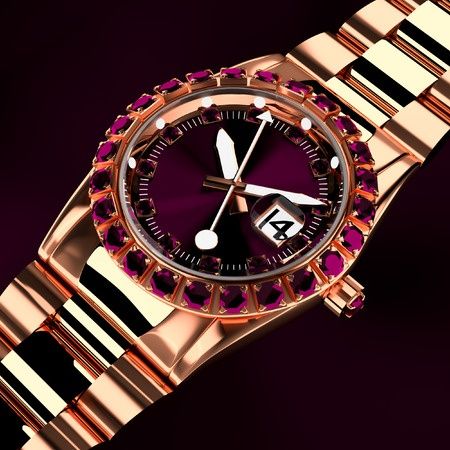 When thinking about what sort of luxury watch to buy online, there are several things to take into consideration:

1. Do you want luxury or durability?

2. Do you want to make a statement or have something that is understated?

3. Do you want something digital or mechanical?

It is when you have these questions in mind that you can take the next few steps in selecting the right type of luxury watch to buy.

A luxury watch isn’t necessarily always luxurious; in fact, with the ever evolving landscape of the present day watch market, the concept of what can be defined as a luxury is increasingly based on the price of watch in question and not necessarily its appearance.

For instance, there are watches that you can purchase that are made out of solid titanium, have an unscratchable surface and are, more or less, the epitome of what a mechanical watch should be. However, its external appearance may not look all that luxurious despite the fact that it costs the equivalent of at least two other luxury brand watches.

On the other end of the spectrum, you can get a watch that is incredibly thin, has a solid gold frame and can be defined as the epitome of luxurious watches; yet, one good hit and it would be mess of smashed up parts.

This is the difference when thinking about getting a watch primarily for durability or one for luxury. There are other factors that you need to take into consideration before making your purchase and, as such, before you start buying luxury watches online through sellers like Zimson, you need to determine what sort of everyday “action” your watch may be exposed to.

Making a Statement or being Understated

Based on recent comments on The New York Times, the concept of making a statement is based on how much you value the appearance of your watch over its overall functionality and size.

However, you sometimes need to ask yourself whether you need those extra features or not. For instance, do you really need all the dials, options and data from that high end mechanical watch?

Do you really need a watch to snake down your wrist and look like a bracelet. Or, would you prefer a watch that is understated yet can still be defined as luxurious given the materials it is made out of or the durability of the materials that went into it?

The choice really is yours in the end. However, whatever your choice may be, you have to know what the type of watch you choose directly reflects on how seriously someone is going to take you during a conversation. The more ridiculous it looks, the less likely they are to take you seriously.

While in the past the concept of a digital watch even being considered a luxury watch was laughable.

However, with the release of the Apple iWatch as well as various other iterations from other manufacturers, the concept of a luxury watch has been turned over its head with many digital watches now costing as much, if not more so, than some luxury brand watches.

This is an interesting turn of events and actually reflects a growing shift in society today wherein products that used to be secure in their inviolable brand fortresses are now finding themselves under attack by a deluge of products specifically catering to the demand for modernity by present day consumers.

It is due to this trend that, when examining what sort of luxury watch you want to buy online, you now have a choice between a mechanical or digital creation.

As explained by Cnbc.com, a mechanical creation is often called a labor of love with many of its parts being create and assembled by hand. A mechanical watch is sometimes more than just a watch, since it symbolizes a time when factory made goods didn’t dominate the landscape and products made by artisans were valued due to their appearance and exclusivity.

On the other end of the spectrum, digital luxury watches such as those made by Apple have gained prominence, due to the vast set of features that they include. This can range from being able to take a call on your watch to even searching the internet and utilizing apps.

Whatever watch you choose, you should know that your choice should be based on what you personally want and not what someone has told you to get. Just remember to use common sense and exercise caution when buying a luxury watch.