Awareness Is The Key To Preventing Sexual Harassment In The Workplace 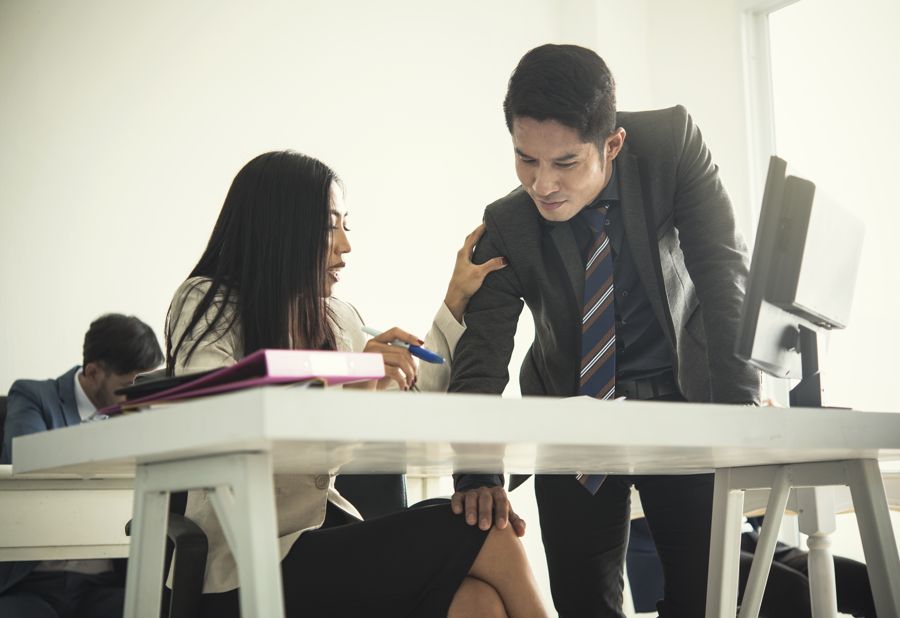 Lawyer, Rama Sarode, explains how sexual harassment affects women in the workplace in India and recommends creating safe workplaces through awareness and sensitisation.

Samita, a young girl in her 20s, resigned barely after working for 8 months in a corporate organisation. The reason she stated were personal and later in the exit feedback to the HR team, she mentioned that she is actually leaving the organisation because she faced sexual harassment from a very senior manager.

Trupti, Swati and Mary faced harassment from their reporting manager and each of them was not aware that the other was facing harassment because they did not discuss it and suffered in isolation.

Swati left employment, Mary managed to avoid the Manager, and Trupti decided to talk about it to the HR team when she could not bear the harassment any further.

There are many such cases of sexual harassment because we do have a discriminatory culture in our workplaces and there is no point in denying it if we have to change the situation.

Very few men and women want to accept the fact that there are discriminatory practices that pose a great challenge for women to rise up to high ranks, sustain their positions especially when they decide to enter motherhood or get employment in certain industries that are male-dominated.

A recent World Bank Report shows that India ranks 121st out of 131 countries in Female Labour Force Participation. Sexual harassment at the workplace is yet another form of discrimination that women face.

In 1997 the Supreme Court of India passed the Vishakha Guidelines that recognized sexual harassment of women at the workplace and recommended every workplace to form Vishakha Committees for redressal.

Because there was no monitoring mechanism most workplaces did not adhere to the Supreme Court Guidelines. With a lot of advocacy from the women’s groups finally, Parliament passed The Sexual Harassment of Women at Workplace (Prevention, Prohibition and Redressal) Act, 2013.

This law has shifted the responsibility from the individual to the institution. Every employer of the workplace has to ensure that there are proper steps taken towards zero tolerance for sexual harassment. The focus has to be preventive first and redressal next.

Samita and Swati thought it was easy to leave their employment rather than make a complaint against their respective Managers. Most women who face sexual harassment think on the same lines because they fear a social backlash or character assassination.

If the victim of harassment is not sure that she will get a fair hearing she will hesitate from not only making a formal complaint but also from talking about it. It is the responsibility of the employer to see that their employees do not hesitate to raise issues of sexual harassment.

While Trupti, Swati and Mary faced harassment from the same person each did not know about the other’s harassment. Generally, women do not feel comfortable discussing sexual harassment.

In the process, the perpetrator becomes bold doing more harassment because none of his prior acts is reported. On the other hand, the victim of harassment keeps thinking that she is the only one who is being harassed and if she talks about it to anyone then people will judge her.

She actually feels guilty for being harassed instead of the perpetrator feeling ashamed of doing the acts of sexual harassment.

According to the law, sexual harassment is an unwelcome act or behaviour and includes:

When we say sexual harassment is an unwelcome act or behaviour it has to be understood from the complainant’s perspective. A lot of time the perpetrators are not even aware that their act or behaviour has violated someone.

This law is civil in nature and hence the intention of the perpetrator does not matter. Impact on the complainant is more important than the intention of the Respondent. Hence sexual harassment is not just physical or using sexual words it is also appropriate inter-personal communication. This law streamlines what is appropriate behaviour versus what should be avoided.

These are forms of gendered violence that a woman faces based on discrimination because of her gender.

This is a very common belief that victims have that organisations prefer to protect the senior employees even if they are perpetrators as against junior employees who are victims. What can we do to change this perception so that victims feel comfortable to open up and talk about sexual harassment without fear?

This law put the responsibility of implementing the law at their workplace on the employer. One way to create safe workplaces is through awareness and sensitisation programmes.

Non-compliance with the law can lead to serious penal consequences for the employer and the organisation. So, it is every employer’s responsibility to recognise sexual harassment as discrimination and misconduct.

Investing in creating awareness is not the priority of most organisations. Typically, these organisations fail to realise that spending on preventing measures is less expensing and more beneficial as compared to spending on an inquiry when a complaint is made or if a good employee leaves employment because the organisation failed to create a safe workplace.

Since this is just another compliance the organisation needs assistance in creating awareness. Merely creating awareness is not sufficient and it is extremely important to see that the message that goes to each employee through awareness programmes or training is appropriate.

MyGrowthZone, a start-up into content development has produced a series of videos on this subject as their online training module. These videos are a complete guide for every employee to follow.

The purpose and advantage of online training modules are that it saves man-hours and the employees can do the training at their pace and time. Because it saves on man-hours it is cost-effective for the organisation.

The videos are engaging as they are scenario-based. The provisions of the law are covered through NanoLessons MegaLearning which means that the lessons are given in small chunks so that it is easy to understand.

Having a safe and healthy workplace is the right of every employee and if your workplace is not complying with The Sexual Harassment of Women at Workplace (Prevention, Prohibition and Redressal) Act, 2013 it is time you ask your employer to implement it.

Rama Sarode is a lawyer by training and is working on women and child rights for the last 18 years. She is a trainer and also works as External Member under this law with Corporates, Educational Institutions, Government Offices and NGOs. She is a member of the Local Committee for Pune District. She is associated with MyGrowthZone as a Subject Matter Expert in creating videos on the subject.

Get Free Legal Advice On SHEROES

.
Ask SHEROES Champion, Advocate Aparna Jayaram, all about your legal rights in the comments here.

No one deserves to be abused and the law has remedies to prevent it, but we need to be aware of our legal rights. Are you facing violence, being tortured, cheated, harassed, want to know your rights in a property, etc? This is your chance to seek free legal advice.

Advocate Aparna Jayaram is a lawyer by profession and passion with 10 years of experience. She believes every woman can make a significant and meaningful impact on each other’s lives through this community-building effort.