Katrina Kaif: From Aspiring Model To Queen Of Bollywood 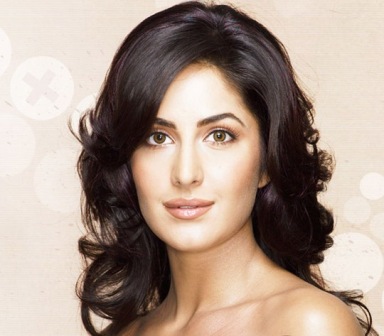 If you ask any man to describe his perfect woman or ask any woman to describe an aspirational role model, chances are Katrina Kaif will be mentioned at least a couple of times.

In spite of its impressive cast list (Amitabh Bachan, Gulshan Grover), the film failed to make an impact on the box office. But Kaif’s love for Bollywood was sealed.

From Model to Actress

The model/actress has been modelling since the age of 14 for Models 1 modelling agency and has been the face of campaigns for the fashion brand, La Senza, and even walked the catwalk for London Fashion Week. She packed her bags and moved from a successful modelling career in London to try her luck in Bollywood.

Although blessed with angelic looks and acting talent, the path to success in Bollywood was not easy for the actress. Her inability to speak Hindi found Kaif being cast for several modelling assignments but film-makers were hesitant to take a chance with her.

Two years after her arrival in Mumbai, the actress landed her first breakthrough role with a cameo as Abhishek Bachan’s girlfriend in Ram Gopal Verma’s “Sarkar” in 2005. That same year, she landed her first major role opposite Bollywood heart-throb Salman Khan in “Maine Pyaar Kyun Kiya”.

The film, which was a moderate success, was not only the beginning of the actresses’ successful reign in Bollywood but was also the beginning of a blossoming romance with lead actor Salman Khan.

The release of “Maine Pyaar Kyun Kiya” marked the arrival of Katrina Kaif in Bollywood. The actress soon found herself with a stream of releases paired opposite some of the most desirable men in Bollywood.

In 2006 she starred opposite Akshay Kumar in “Humko Deewana Kar  Gaye”. Although the film was a  box-office flop, Kaif was praised for her portrayal of Jia.A.

The next year certainly was eventful for the new Bollywood heroine with “Namastey London” opposite Akshay Kumar, a supporting role in Anil Sharma’s “Apne”, a lead role in  David Dhawan’s “Partner” opposite a star-cast list of Salman Khan, Govinda and Lara Dutta.

Her sultry song and dance sequence for the song “Touch Me” showed audiences worldwide a new seductive side of Katrina Kaif and won her the honour of being voted the “Sexiest Asian Women” by Eastern Eye, a title she continued to hold for four consecutive years.

Katrina was next seen in Anees Bazmee’s “Singh is King” where she played Akshay Kumar’s love interest. The chemistry between the couple, paired for the second time, was unmistakable and the film emerged as the third highest-grossing Bollywood film of 2008.

2008 also saw Katrina Kaif play a role in Subhash Ghai’s “Yuvvraaj”. Although the film failed to impress the commercial audience, its script was honoured at the Library of the Academy of Motion Picture Arts & Sciences.

The next year was a blessed year for the pretty, young actress who was slowly making her way into the hearts of every Indian.

Her first release for 2009, Kabir Khan’s “New York” was highly praised and Katrina’s realistic portrayal of a young student in New York amidst the onset of terrorism earned her first nomination in the Filmfare Award for Best Actress.

Her next film “De Dana Dan” failed to do well in the box-office despite its star-studded cast. Katrina Kaif was next seen in Prakash Jha’s political drama “Raajneeti”. The film was a success with Kaif earning praise for her portrayal of Indu Sakseria.

She was next seen in Farah Khan’s “Tees Maar Khan” with Akshay Kumar. The film failed to impress and was declared a flop. However, Katrina’s item number “Sheila Ki Jawani” was a major hit and went n to be the hit song of 2010.

Since her foray into Bollywood, the actress has received high praise and acclaim for the roles she has portrayed.

Katrina Kaif prefers to remain quiet about her personal life but the Bollywood actress has charmed her way into the heart’s of every Indian with her charming smile and enigmatic screen presence.

Though not an Indian by citizenship, Katrina Kaif has been accepted, not only by the film fraternity but by every Indian citizen, as the unofficial reigning queen of Bollywood.