How The NRI Woman Is Finding Her Identity 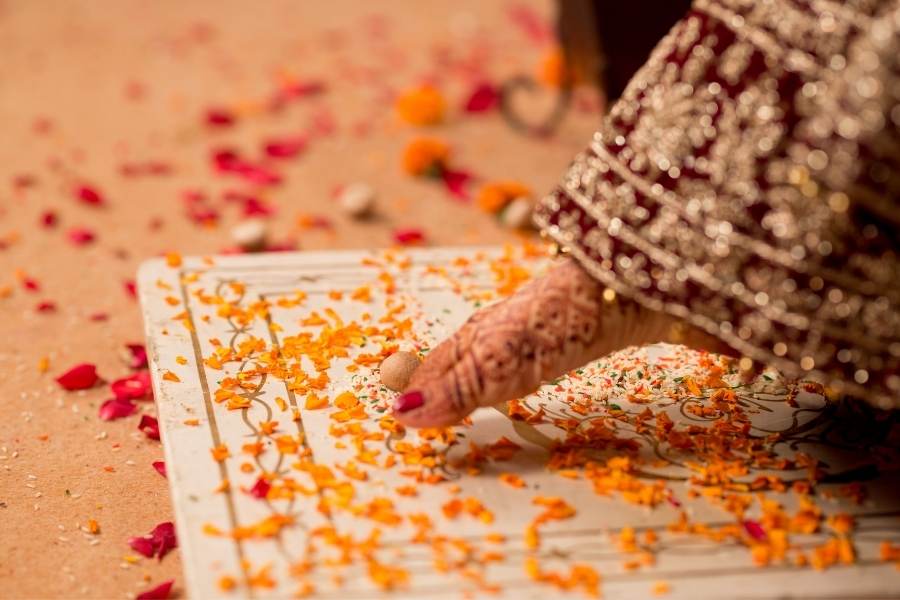 Balancing a dual identity is becoming less of a struggle for the second-generation expatriate Indian now coming into her own in the country of her birth, as Savia Rajagopal reports.

“A revolving door” – that’s what second-generation Canadian of Indian descent Satyam Matravadia calls her act of balancing a dual identity. Explaining further, she goes on to say:

Maintaining the duality is definitely difficult and tiring. There is always a sense of expectation depending on who you’re dealing with.

Sometimes it feels like I don’t know who I am if I express my Indian thinking amongst non-Indian people. Likewise, when dealing with people from my community, as soon you behave in a way that is not considered to be Indian, questions are raised.

On the flip side of that coin, when people see me behaving in an “Indian” way, then the comments are “Even though she was raised in Canada, look at how cultured she is!” It’s like being in a revolving door where your identity changes as you step out of one part and into another part.”

Her case is not an isolated one. Many women of Asian origin go through bouts of confusion and conflict when it comes to dealing with such a sensitive issue as identity. However, the encouraging aspect is that second-generation ex-pats are dealing with this duality in a far better way than before.

Being aware of their roots, many young Indian women are merging it into the cultural fabric of the country they live in. The younger generation is more in tune with their aspirations, whether in their professional or personal lives. This awareness also transcends into areas of identity.

Higher levels of education, travelling and the exposure from interacting with so many people from different cultures, play an important role in changing perception. These very experiences make it easier for this generation to imbibe the best of both worlds.

On several occasions, the younger generation living abroad is accused of being bereft of cultural identity but the opposite holds true. Common sense would suggest that it is unreasonable to expect individuals living abroad to share the exact same ideals and thoughts as those who live in India.

Despite being given generic tags like ‘ABCD – American Born Confused Desi’ or other offensive names, many young women feel that denying or being unaware of your roots is tantamount to denying a very part of your existence. A sentiment echoed by Matravadia who states:

You can’t ignore your background and your roots, and in order to become the best person you can be, you have to be aware of all your cultural values and your heritage.

I find that those who are unaware sometimes have the mindset of painting everything and everyone with the same brush! Just because they don’t like some aspects of the culture they choose not to explore and understand all of it!

Her statement is particularly true to many young ex-pats who discount everything from their heritage as they struggle to find a middle ground between their current lifestyles and the values handed down to them from their forefathers.

Even with their newfound identity in place, there are times where conflict raises its ugly head. Mumbai-based psychiatrist Dr Sharita Shah, agrees, noting:

For most of the second generation, it is almost like a tug of war. They are pulled in one direction by their ‘Indianness’ and their parents more conservative outlook and value systems and on the other hand, are pulled by wanting to ‘fit’ in with their peers of the West.

As they go to school and college and mingle with the non-Indians they behave like them but tend to be reprimanded by their parents. It becomes difficult to blend the best of both sides and make it one.

An example, in this case, would be live-in relationships, which are still frowned up by the older generation. Despite this, many young Asian women prefer this choice and opt to live-in. Likewise, many are quick to point out situations where they are expected to “accept their fate” and “learn to give in and compromise” even in marriages that are not working out.

While this may have been acceptable to previous generations, younger women, brought up with a modern outlook, find it difficult to digest it. While it is a personal decision about how to lead one’s life, many ex-pats are quick to say that the very concept of being “Indian” is changing.

It is not merely about strictly adhering to religious codes or moral values, it is also a sense of pride and a greater understanding of a culture and its beliefs.

While not everything is accepted, many young women are able to appreciate the ideas behind certain conventions, even if they don’t agree with them. So what makes it easier for the current generation of Asians to blend their identities and emerge as secure individuals? Matravadia notes:

I think it’s easier for us because a lot of times we have a clear vision of what each side of the coin holds. Despite the duality factor being so tiring sometimes, it also defines us and our character. In the churning process of ongoing duality, we are sometimes forced to really think about issues that are important to us.

Dating, having several relationships, living in, being financially dependent on parents – are all areas that younger Indian women are questioning. It is this very ability to discern what suits them best that defines the generation.

There is no place for blind faith. When it comes to women especially, the younger lot are pushing the boundaries when it comes to equality and mutual respect with their mates.

No longer are they willing to stand aside and be subservient to traditional outlooks and beliefs. While they are comfortable with touching the feet of their elders, they are equally adept at questioning the double standards that exist.

As we live in an increasingly globalised society, seeking and maintaining an identity is paramount. If a wealth of choices is any indication of progress, the second generation of Non-Resident Indians seems to be enjoying the best of both worlds.

Adjusting to being an NRI wife is not easy. Relocating to an unfamiliar place, without the security of family
and friends is a pretty tough task. And for a working woman used to being independent, the sudden change to depending on someone else for everything heralds a daunting new phase in life.

Writing draft after draft, I finally stopped to think for a moment. And reached a profound conclusion – I am no authority to speak on the challenges of adjusting to life as a Non-Resident Indian. I certainly don’t know how to make you stop wishing for the familiar sights and sounds from the land we formerly called ‘home.’

What I do know is that relocating to a brand new place, without family and friends is a pretty tough task. Take away the safety net of a secure job at a workplace where you know everyone and it can be a daunting new phase in life.

When I think about what I miss the most, I’m at a loss because I don’t know where to begin. Sure, mom’s savouries (and trust me, I get those cravings at weird hours of day or night) make me miss home. I miss the freedom of being able to hop into a welcoming rickshaw and zooming across the city.

Not being within a phone call away from my closest friend causes several moments of frustration and anxiety. But, apart from the emotionality of being away from those near and dear, the feeling of being dependent is the biggest challenge for me.

Having grown up in a household where we were given free rein to make our choices and face the consequences, not being able to step out by myself for who I am, is a thorn in my flesh. It’s not as though my new country of residence is racial, or unjust or just plain out there. But there is a certain sense of control and familiarity being in your own surroundings.

When I think back now, even smiling and chatting with my local sabjiwala was comforting in its own way. The impersonality of life abroad is something that many ex-pats take a while to get used to.

I am no different. I liked the constant chatter and laughter and occasional yelling in the city I lived in. In some strange way, it was reassuring and a reminder that all is well in the world.

When you move to a new country, you have no identity in relation to your surroundings. There are no familiar haunts that you can go to when you’re feeling blue or stores that you know you will find something just before that big party that merits a new outfit.

You tend to feel the absence of your friends and family since there aren’t too many people who you can call without a second thought. For many who’ve moved abroad recently, finding employment is a major worry.

If you’ve been used to working at a certain professional level, when you have to drop down a few notches on the hierarchy, your ego takes a beating. Still, there are wonderful stories of many who make it big despite all their hurdles.

With all these factors at play, being dependent on someone else, even if it is your spouse, can be a struggle for someone who isn’t used to asking for help. Apply that concept in the important areas of your life and often you’ll feel as though you’re floundering and lost.

Despite this, most other NRIs tell me that giving it time is the best way to go. I’m often reminded that I shouldn’t expect this new place to feel like home right off. Everything takes time and you gradually ease into life.

Driving on the right side of the road won’t seem too strange, nor will trips at the local grocery store without the rustle and sounds of your erstwhile veggie market. And when you’re settled in, you’ll talk to more “newcomers” about taking it easy and easing into life there. I await my turn.